This afternoon, David Sullivan and David Gold released a statement in which they promised fans: “We will turn our season around.”

Twitter exploded, with many continuing to criticise the club for the recent run of results, leaving me wondering what they could do differently at this point.

Currently, sitting in 18th position in the league, below the likes of Burnley, Swansea and Hull, it goes without saying that we are in a bit of a sticky situation, to put it nicely.

What we had all hoped would be the club’s best year yet has clearly not lived up to expectations, which seems to have also turned many fans into the world’s greatest West Ham critics.

While we all have the right to an opinion and there is nothing wrong with voicing it, I can’t help but feel it’s beginning to get to the point that we are ruining our chances of coming back.

If the club were not acknowledging the issues, I could understand the frustration, but they have issued multiple statements.

Gold and Sullivan said: “The facts are there for everyone to see. We are letting in too many goals and not scoring enough, but be assured we will sort the problems out.”

Bilic is also fully aware that the start of the season has not been good enough, adding: “I’m not going to lie to you, of course I’m worried. But what can do you? You have to dig in and work hard.”

Personally, I feel that many of us are slating the team when they need a confidence boost more than ever. For example, groups have been singing songs insulting our own team while they’re still on the pitch, leaving the stadium half empty at 60 or so minutes in because we’re not getting our way. If I was on that pitch, I definitely wouldn’t feel the support from the people who are supposed to love West Ham.

And I don’t feel that’s what being a West Ham supporter is about. We support the team, win or lose.

So… What could the problem be?

We’ve been given a massive, shiny new stadium and are blaming 99 per cent of the problems on it. While the stewarding has been poorly organised, the club has fought to fix the issues and in the game against Southampton there was a noticeable difference. But many still feel this is the root of all issues. Personally, I feel we’re using the stadium as a scapegoat for a mixture of issues.

More of the blame game

People have begun calling for Bilic out. While something is clearly wrong, I don’t think sacking the manager who brought us up to 7th position last season is going to help us. People are panicking and pinning it on anything they can find to blame.

Set the bar too high

We finished in 7th position last season, and suddenly expect the same to come easily this season. It’s not going to happen without a battle, and I feel we’re somewhat forgetting this.

While we signed many promising players at the start of the season, including our record signing, £20.0million Ayew, who was quickly injured and ruled out for three months, our new signings appear somewhat lost on the pitch and unable to score more than our opponents. There is a Cresswell-sized hole at left-back, missing his ability to keep the ball and get it forwards to Payet and Lanzini. A lack of pace has us being closed down before we can work our magic to score those all-important goals.

We’re arguing between ourselves. We have fights breaking out between our own supporters because they can’t agree on sitting/standing. We’ve all been told that our seating capacity will go up if we can obey rules and sit down to demonstrate that we are responsible fans, but instead we have fans hitting each other. The stadium empties as soon as we concede, and the songs stop. It’s not enjoyable to be sitting in a crowd of people hurling abuse at the team you’re hoping will score.

But most importantly, we have other clubs laughing at us. We have supporters of other clubs finding our fighting, poor performance and behaviour, as well as fans leaving the stadium early amusing. And that’s what’s killing me to watch the most.

We’re West Ham. If we were glory hunters, we would definitely be supporting the wrong team. In the past, we’d take a loss with a pinch of salt and be ready to go again for the next fixture. And that’s what I think we should still be doing.

We all know it’s been an awful start to the season, especially when we all had such high expectations from last year. But there is definitely one thing we CAN make a difference to. So why not get behind the team, remember the reasons we love West Ham and pick it back up again? 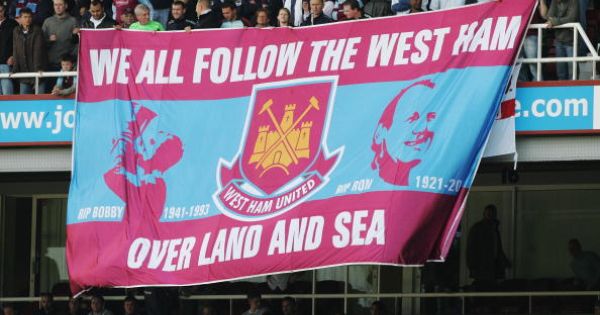 So… What is there to be positive about this season?