Following an ongoing struggle since Christmas to find their form, the Hornets have finally reached 41 points in what has debatably been the team’s most turbulent game this season. Not only has this brought Watford mathematically clear of the relegation zone, but their recent clash against The Baggies has left football fans talking about one man in particular.

Heurelho Gomes,who signed a three-year contract with Watford in 2015, saved not one, but two penalties for the second time in his Premier League career against West Bromwich Albion on Saturday. The Watford goalkeeper denied striker Saido Berahino two penalty-spot goals to keep Watford’s early 1-0 lead to full time, following a skillfully placed goal from Ben Watson in the 27th minute from a corner.

West Brom manager, Tony Pulis commented on Berahino’s missed penalties: “It’s a cruel game at times, but it happens. Good strikers miss penalties. That’s football. I think if he lacked any confidence he’d have walked away from it. You can’t have a go at him as the keeper has made a fantastic save for the second one. It was a well-struck penalty and it was a fantastic save.”

Having put an end to the Golden Boys’ 6 game run without a win, could this be the start of a great end to the season? Watford are set to face West Ham (away) on Wednesday before their FA Cup Semi-final against Crystal Palace on Sunday, and despite now being technically safe in the Premier League, have everything to play for. 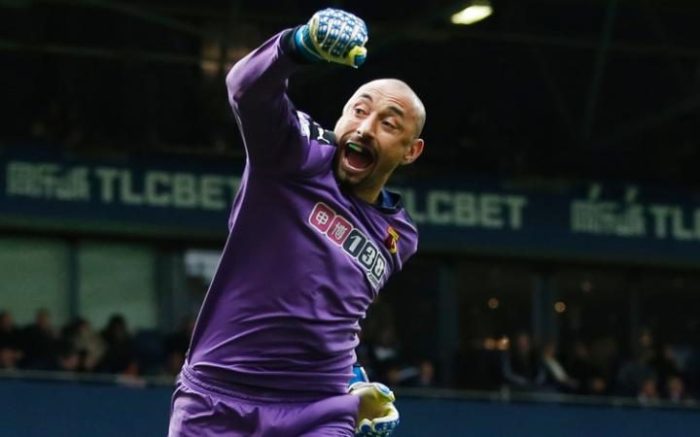