Following a 1-1 draw at home against Everton, Watford are still waiting to reach the 40 point mark and need a win more than ever to stay clear of the relegation zone.

The Hornets are currently struggling to find their form with 38 points, having collected only two points in the last six matches. Winning only twice since the beginning of 2016 has seen the Hornets become the lowest scoring team in the second half of the season, finding the back of the net only seven times.

A quick succession of games will kick off this weekend, starting with Watford’s clash against West Bromwich Albion at the Hawthorns this Saturday. Watford will then be travelling to Upton Park for a mid-week game against West Ham in what will be one of the last games played at the stadium, before their FA Cup semi-final against Crystal Palace at Wembley on Sunday 24th. In terms of the Hornets’ upcoming games, Flores said: “I think it is not necessary to create a problem with stress in the head of the players before this important week. We are playing with the objectives of the full season. The Premier League is the main project and the FA Cup is something different. We take it step by step, little by little. First West Brom, then West Ham, then the Cup.”

Pressure is on for Flores as incorrect team selections could be potentially disastrous. The Watford boss explained: “I think it is the first time in the season where we have to think about choosing players so carefully because we have 2 matches and then the very serious game of the FA Cup. We change players in every single match, so we are trying to show the team that every single player could have a very good opportunity. A lot of players are going to play.”

He added: “It is an amazing physical and mental stress when the players play so many games. I must choose players well and try all players I can, of course I want fresh players at the weekend for the FA Cup as well.”

The Watford manager seems to have come to terms with the fact that the FA Cup may be having an effect on team mentality, as he has struggled to keep players focussed on the Premier League: “We play 38 games in a season and to play at Wembley is a very special occasion. You ask any player where they would rather play and of course they will say Wembley. It is part of the process when you are building a group to build the mentality. It is not just about the tactical side of the game.

They have distractions with the FA Cup which is normal. They have said it is impossible to not be distracted. Many teams in the FA Cup are not playing so well in the league recently so it is possible it is happening to all teams.”

This may in fact be the case, as looking at stats, not one of the teams through to the final stages have won their last game. West Ham have drawn their last three games, and both Everton and Crystal Palace have drawn two of their last three. Manchester United seem so be the only team keeping their form with two wins before their most recent loss to Tottenham.

While both competitions are important for different reasons, Flores has remained positive whilst staying focussed on the upcoming match: “Of course it is our objective to be ambitious and of course get more than two points. I would be worried if we didn’t create attempts. Sometimes against Arsenal and Tottenham we did not, but in many games we have created more attempts than the opponent. If you do not score, it is a problem, but it is more difficult to create attempts than to score. I am not the kind of person who is thinking what will happen in a week. I am thinking about what will happen tomorrow.”

Could Watford bring three points home in Saturday’s clash against the Baggies and reach that long awaited 40 point mark? Keep an eye out for this weekend’s result. 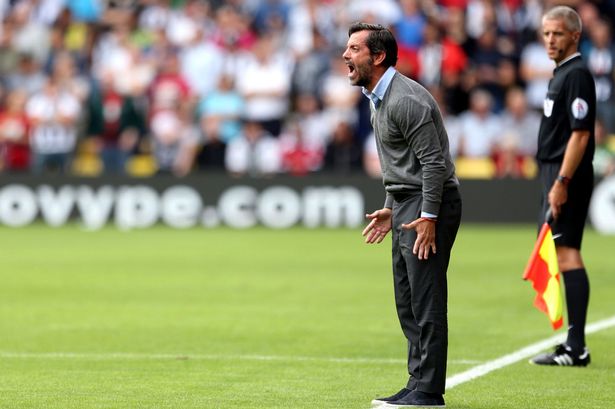