As a nation, we are known to find a reason to moan about everything.

The other day, I saw a video of a baby with an incredible head of hair, having it blow dried. The hairdryer was clearly on a cool setting, and the baby was loving life. I went on to the comments to find thousands of people slating the mother in the video for everything, from irresponsible parenting to child abuse.

This got me thinking, we can’t just sit back and appreciate anything anymore, we always have to find something to criticise.

Throughout my life, I have been receiving manky old bank notes with corners missing and pen all over them. The Bank of England released the new £5 note, which they claim is two-and-a-half times more durable, harder to counterfeit, waterproof and should save a lot of money in the long-run.

Personally, I was happy about this. They look lovely and they should survive the washing machine if I forget to take them out of a pocket. Coupled with the fact that the old notes clearly needed replacing at some point soon, we have a win-win situation.

As soon as people heard they were more durable than the previous notes, us Brits took it upon ourselves to put these new bank notes through a series of stupid tests, before moaning about the new problems this polymer note has brought to our everyday lives.

That’s right, they purposely put it in the tumble drier, ironed, burnt, and even baked it. It goes without saying, that we also did the completely normal ‘stir your sweet and sour chicken with a bank note’ thing. 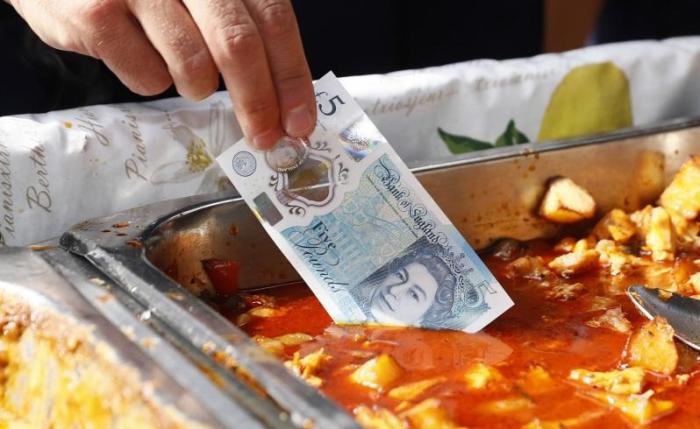 To these people’s absolute horror, they found that the plastic note shrank. Who would have thought? 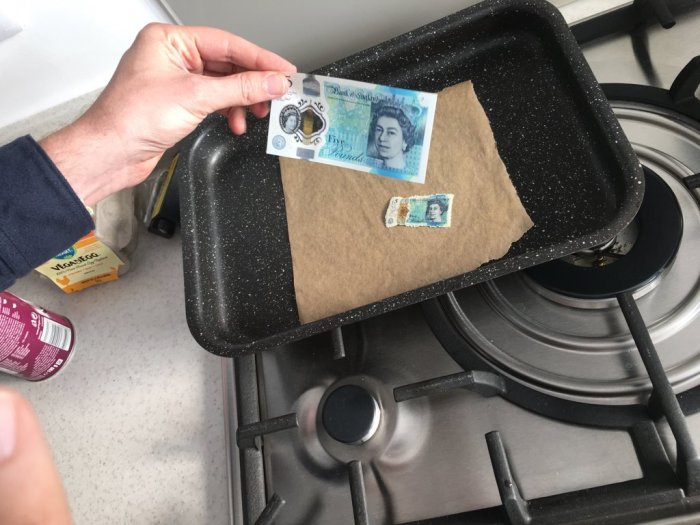 In 2015, the Bank of England had to replace 21,835 notes due to damage. And with the number of people ruining money to prove a point, it’ll probably reach that with the new note.

Then again, if you’re strange enough to purposely submerge your £5 note in a cup of tea, I think you deserve to lose your £5 note. What an English problem to have…