It’s time to take a look at our managerial situation. Moyes’ appointment underwhelmed many, and a rollercoaster of a season has left many wondering exactly what went wrong.

Taking over from Bilic

Moyes’ job was to stop us being relegated, and while he did exactly this, I grew increasingly concerned that it was more luck than management. Teams around us struggled to find form and without this happening, we could have easily ended up in the bottom three.

Moyes’ main selling point was his ability to organise a team, and while he set up defensively and looked to do this successfully in his early games as manager, it quickly became clear that we were still conceding and not putting an emphasis on attacking either.

On the other hand, Moyes got players including Arnautovic, Rice and Masuaku performing; something Bilic had failed to achieve.

Then came the horrific stat that we had conceded more goals than any other team in the top 4 leagues at a time where fans needed reassurance more than ever. It wasn’t going very well.

Next came the news of Moyes’ departure. I have mixed emotions as I don’t believe any manager can truly show their potential in six months, particularly when they’re barely given a chance in terms of squad selection and numerous other issues. Would Moyes have upped his game next season? Potentially. Would it be a guarantee? Certainly not.

The club had to make a decision and honestly, I don’t envy them here. Do you keep a manager who potentially has a terrible start to next season, showing a lack of ambition and putting us in the same position as last season… or cut your losses and pursue an available manager?

We cut our losses.

We have to sign a new manager and quickly. With competition from Arsenal, Everton and possibly more clubs if we don’t act fast, we have to make the correct decision ahead of our competition. The club’s press release stated that we “aim to appoint a high-calibre figure who we feel will lead the Club into an exciting future” within the next ten days, suggesting that they’re doing exactly this. It would be crazy to say something like this without being certain… right?

My concern is not only the manager, but the resources they are given to succeed. We need to hire a manager, put trust in them and give them budget for this transfer window to sign players who will work in line with their tactics. I’ve always felt that hiring a manager and making them prove themselves before giving them budget is like signing a great footballer and sticking them in a netball team. Or giving somebody a spoon to eat spaghetti. You get the gist…

It’s time we put a long-term strategy in place, building for the future with a manager we aim to keep, players we sign on permanent deals instead of loans, and a team which works in line with the manager’s strategy.

Keep an eye out for upcoming manager profiles as we look into West Ham’s potential next boss and what they have to offer! 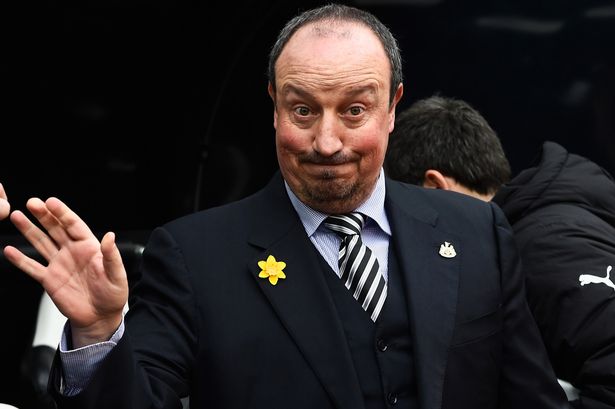